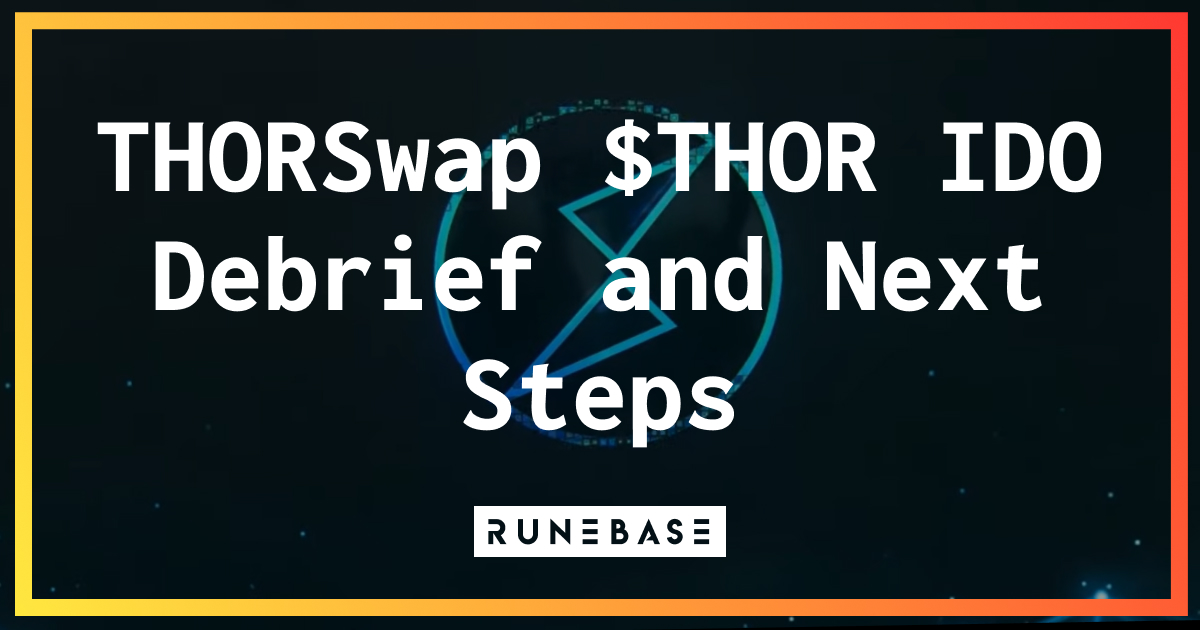 The THORSwap team has released a debrief on the recent $THOR IDO on THORChain.

Details on these remediation steps will be released by the THORSwap team soon.

$THOR’s launch on Sushiswap was intended for today, but is now delayed until the $THOR pool is activated on THORChain (estimated Nov 5th-6th).

The full article can be found here.