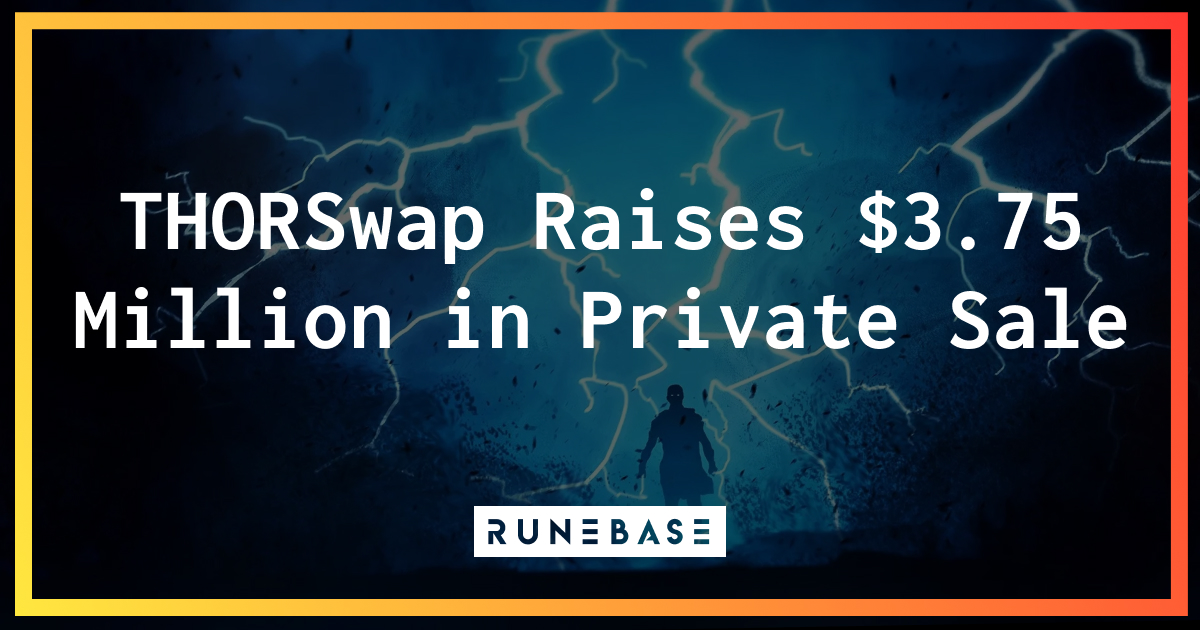 THORSwap is the world’s first cross-chain DEX that utilizes the THORChain network to provide a front-end user interface to perform cross-chain swaps. This is done in a permissionless, trustless, and non-custodial manner. There are no pegged or wrapped assets, it is purely native.

In a recent announcement, THORSwap was thrilled to have raised $3.75 million in a funding round led by IDEO CoLab Ventures.

With this funding, THORSwap has indicated the funding would be directed towards operational resources.

THORSwap has also teased of an upcoming IDO (Initial DEX Offering) this October on Thorstarter, a THORChain ecosystem launch pad.