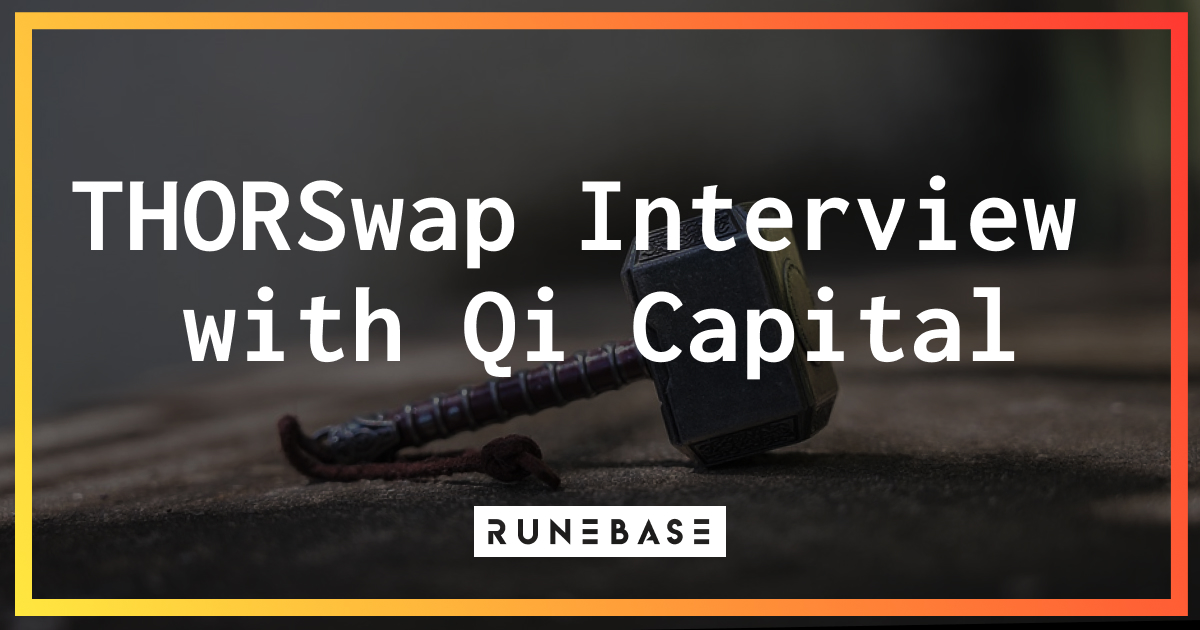 In a recent interview with Qi Capital the THORSwap team has answered a series of questions regarding the role that THORSwap within the THORChain ecosystem and a variety of other subjects. Below is a summary of that interview.

When asked how people should perceive THORSwap and how does it fit into the THORChain ecosystem, the THORSwap team explained that this dex is just an interface sitting on top of the cross-chain liquidity provided by THORChain. Just like Uniswap but on MCCN.

It can serve as a token swap platform, a front end for those that want to provide liquidity, and also for upgrading ERC20 Rune to native Rune. The team behind the dex is also responsible for the THORNames product and two new products — the Desktop App and THORChads platform that will be released soon.

THORSwap currently supports Trust Wallet, Ledger, and Metamask with new wallet integrations launching in the coming days. Here is what they had to say about their team:

The team is about 25 people and growing. There are 15 developers including our fearless leader, THORSwap Admin who has been a THORChain developer for around 3 years as well as another one of the lead developers who came from Dapper Labs. We have 3 designers. They’re working on everything from NFTs to graphics, to UI, and we have 5 community admins who are managing our Discord.

THORSwap provides 24/7 customer support in their discord channels with an average response time of 10-15 minutes.

In the interview, they acknowledged that there are a lot of similar interfaces that they are competing with, but as their main advantage the team pointed out the speed of delivery. They are the same group behind BEPSwap and the first team to ship THORChain Synthetics in beta.

The short-term focus is oriented toward the THORChads community and how to better serve them.

Mid-term plans revolve around adding more liquidity streams from other chains and increasing the volume and user numbers. This will include Bancor and Uniswap for ETH assets, PancakeSwap for BSC assets, and so on.

The end goal is to allow users to even be able to swap Bitcoin for YFI in one transaction if they want to. In addition to this, THORSwap will be open to third-party app developers.

Regarding the difference between RUNE and THOR the team had to say this:

Airdrop details will be announced soon. Those that used THORSwap in the past, provided liquidity on THORChain, or actively participated in the community Discord will be a high-priority group for the airdrop.

Cross-chain aggregation and token are expected in October for the TGE events along with the ThorSterter IDO.