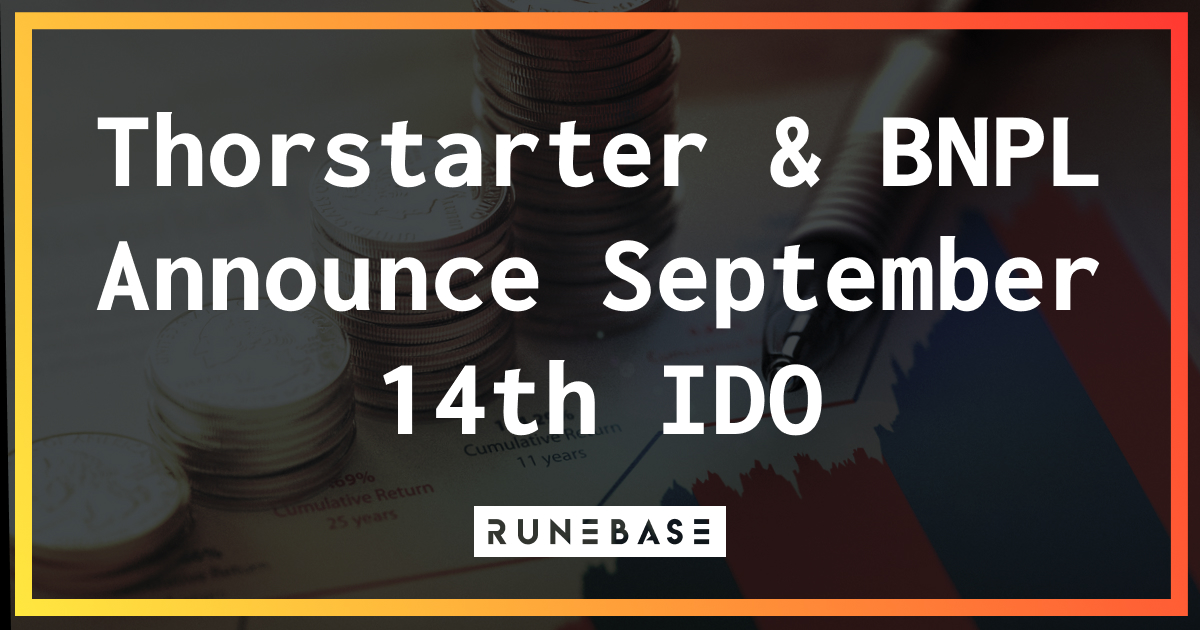 BNPL (Buy Now Pay Later) has been confirmed as the second Thorstarter IDO. The IDO will be held on the Thorstarter platform on September 14th and will allow participants to invest in what is expected to be the next iteration of decentralized lending.

So far we have seen the success of collateralized lending platforms like AAVE, Compound, Cream but they all address a market that already has collateral to begin with. Buy now pay later wants to address the second part of the market, specifically those with no collateral but in need of capital.

According to BNPL, with their protocol, anyone can become a bank and anyone can apply for a loan.

In the last couple years, the collateralized lending space within DeFi has exploded. Protocols such as AAVE and Compound have pioneered the space and solidified themselves into multibillion dollar protocols.

We at BNPL believe they have failed to service those without capital. While we recognize their value add, we believe the largest opportunity is in the credit space. This is something most protocols have missed.

There have been a few attempts at targeting this segment, but we believe these protocols have relied too heavily on the collateral of borrowers — something only the high capitalized players in the space have.

As a result, they have failed to service those who need it most, just as collateralized lending platforms have. With our incentive model, we have aimed to engineer a sounder approach to capture the largest number of potential borrowers.

More information can be found in the whitepaper.

Thorstarter sees a massive addressable market, pre-signed customer base, a tested model and a veteran team as key strengths that will drive BNPL to success.