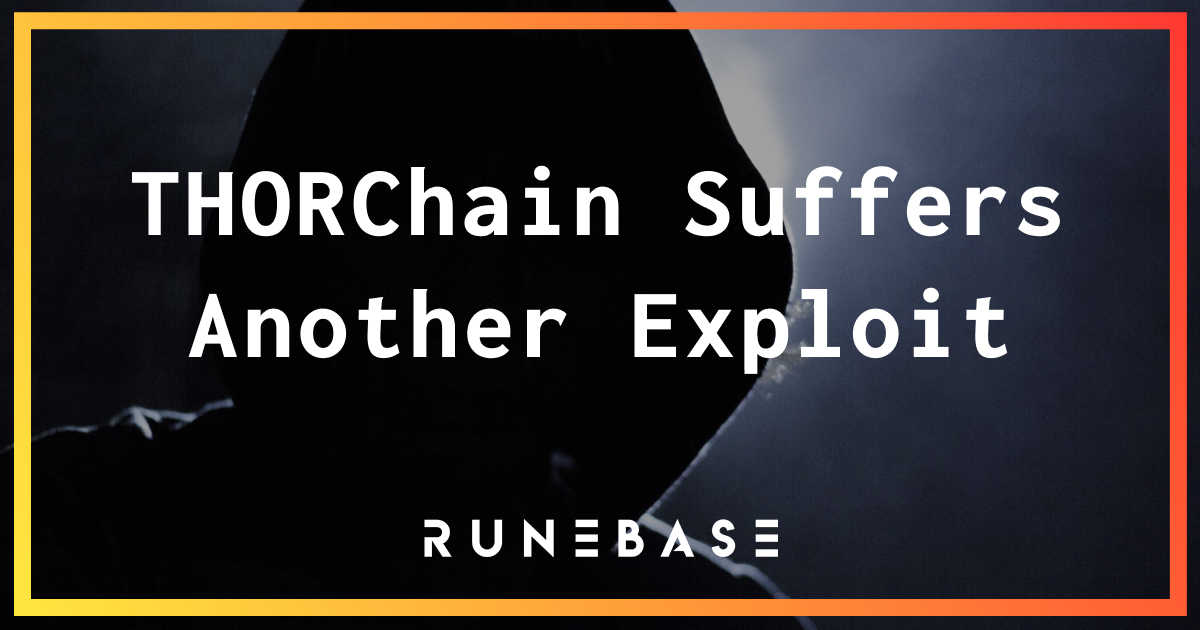 Please see updates below. Orignial loss was estimated at 13,000 ETH, but is now estimated to be 2,500 ETH. The discrepancy may be due to additional loss from arbitrageurs taking advantage of the price manipulation. The original title and image for this article have been revised.

THORChain has suffered another unfortunate exploit — the second this month — as hackers drained 13,000 worth of ETH from the network.

Developers have already assured users that the treasury has the funds to cover the loss, but requests that the attacker contact them to discuss returning the funds in exchange for a bounty.

The network has been halted while the developers investigate the extent of the exploit and how to patch the vulnerability.

More detailed assessment and recovery steps will be announced soon.

The users who suffered (LPs) will be made whole in the coming weeks. https://t.co/LR2x8VZ2kx

1) ETH Bifrost was recently updated to allow the router to be "wrapped" by contracts (to allow composability)https://t.co/GXclWbPgP2
2) The attacker then tricked the Bifrost by using a custom wrapper contract, when they actually transferred 0 ETH https://t.co/TlcNkO9PMj

Update #5: Vulnerability has been identified and is being patched

The bug in the code has been found by the team and a PR has already been opened to resolve the prob. If the community approves the change, the fix to @THORChain will be pushed out and trading resumed in ~24hrs I'm guessing. $RUNEhttps://t.co/g3AYszG8Gi

Only users affected are ETH LPs, and they will be made whole.

So despite the exploit, Nodes, LPs and Arbers will stand to profit considerably.

Update #7: Multi-phase approach to resuming the network has been outlined.

View the full tweet thread for an in-depth breakdown of the process.

Update #8: Proposals for the Treasury

‍
A series of proposals have been created by the community outlining the different possibilities for rectifying the network’s insolvency.

Read about them here: https://www.runebase.org/news/summary-of-thorchain-treasury-proposals

The team has outlined a plan to return the network to solvency.

The community made a number of proposals to deal with the liability.

They have been reviewed and a plan set in motion. https://t.co/UILpXM89ws

‍This is a developing story. Updates will be posted here.