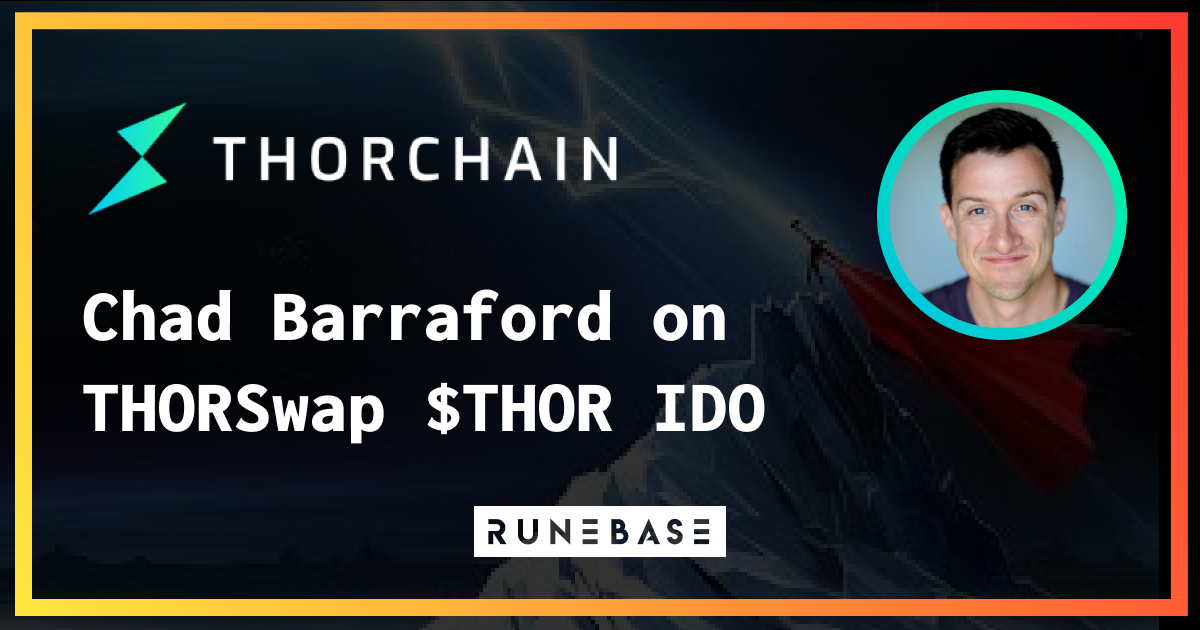 Here's a summary of 0xNguyen's interview with Chad Barraford on the recent THORSwap IDO phase 2 events.

A few questions were answered as below:

Q: Thorstarter is a platform built purposely for launches. THORChain seems to be used a little bit out of scope for IDOs. What do you think?

A: I think people have to remember that IDOs are almost always a calamity since a lot of people are trying to fit into a small area. Solana had issues as well with regards to a particular IDO. IDOs are usually like a Black Friday sale.

Q: Any ideas as to what comes next?

A: The team would get together and discuss the next steps forward. I know the THORSwap team has talked about publicly doing an airdrop.

More updates would come as the team works on the next steps.