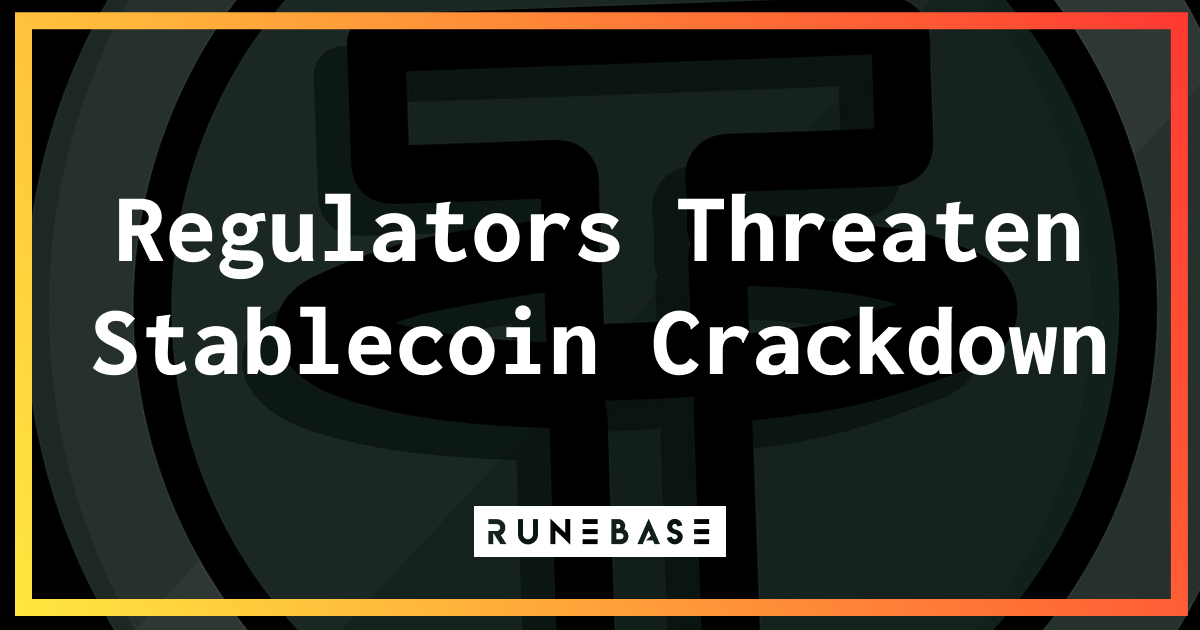 The stablecoin economy has topped $100 Billion in value and the demand for stablecoins has skyrocketed in 2021. Such rapid growth has raised concerns regarding market stability due to the general lack of trust in the entities issuing these cryptocurrencies. On top of that, the US is still pushing for a digital dollar and stablecoins like Tether could be seen as "competition".

One could speculate that U.S. regulators are starting to identify stablecoins as a threat to the digital dollar. On the other hand, putting a regulatory framework in place could protect investors from potential risks that are ever-present in the current stablecoin market.

It remains to be seen how U.S. regulators want to deal with stablecoins and according to the report, the PWG expects to issue recommendations in the coming months.