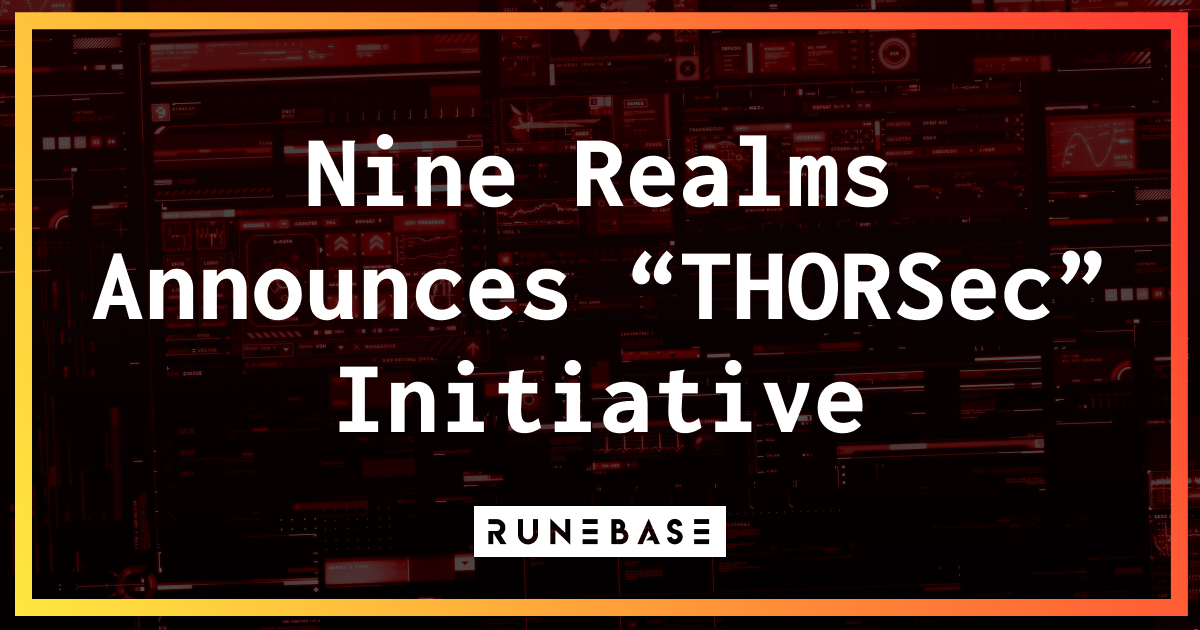 THORChain has not been holding back in their plans to harden the network. In addition to third-party audits, automatic solvency checks, monitoring solutions, and more, a new initiative has been developed by the team at Nine Realms.

THORSec is a dedicated security team that will work independently from the core team — but still participate internally with code review and major decisions.

Think of THORSec as an always-on Red Team, constantly trying to break @THORChain’s defenses from within and acting as first-response/triage for bounties.

A new team working alongside the core devs—as part of the project—to improve the protocol development process.

Last month’s exploits have caused the THORChain team and community to take a step back and put more emphasis on security. Due to the nature of cross-chain swaps, the protocol is one of the most complex in the industry and must contend with the intricacies of each chain it connects with. Bringing in a dedicated white-hat team is one of the many initiatives that have been put into place to make the network as secure as possible.

The THORSec team will play a crucial part in keeping the network secure, and the initiative shows the increasing determination in ensuring THORChain’s long term success.

Even after the third-party audits are complete, the THORSec Red Team will continue to audit code changes and probe the network for weaknesses, and these adversarial conditions mimic the threat of real-world attack — allowing THORChain to always stay one step ahead.