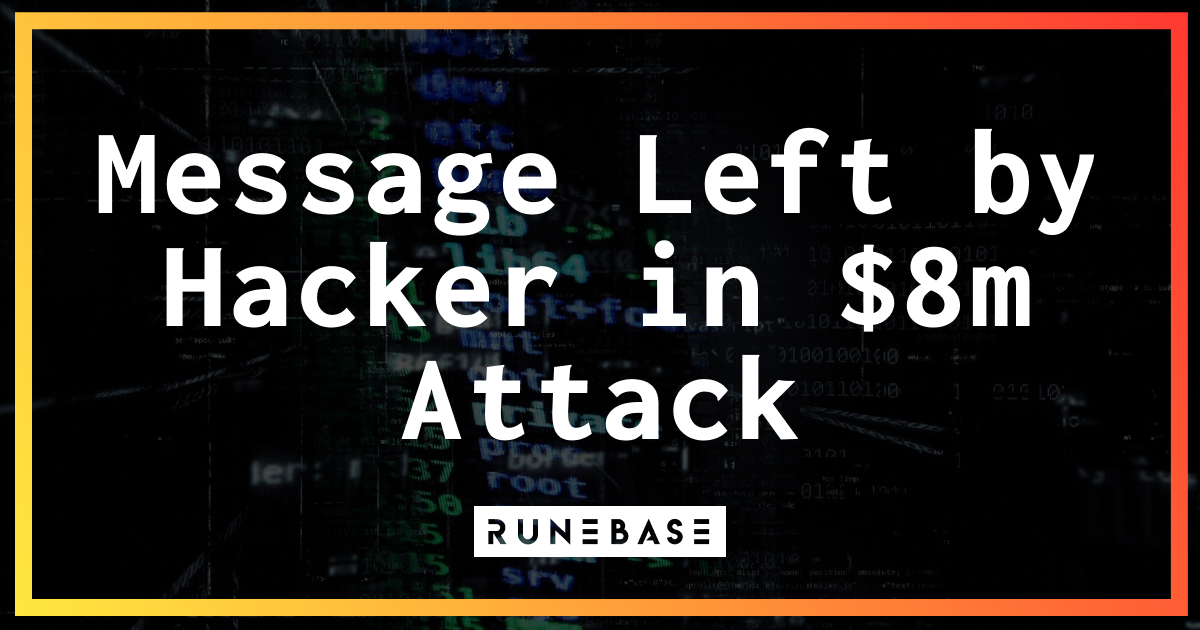 The THORChain network has been attacked once again, with $8 million in ERC20 tokens drained from the network. This time, the attacker has left a message.

Could have taken ETH, BTC, LYC, BNB, and BEP20s if waited. Wanted to teach lesson minimizing damage. Multiple critical issues. 10% VAR bounty would have prevented this. Disable until audits are complete. Audits are not a nice to have. Do not rush code that controls 9 figures

THORChain has suffered a sophisticated attack on the ETH Router, around $8m. The hacker deliberately limited their impact, seemingly a whitehat.

ETH will be halted until it can be peer-reviewed with audit partners, as a priority.

LPs in the ERC-20 pools will be subsidised.

The network is still halted, and an investigation is underway to uncover how the hacker was able to steal funds. The THORChain team has already confirmed that LPs in the ERC20 pools will be subsidized.