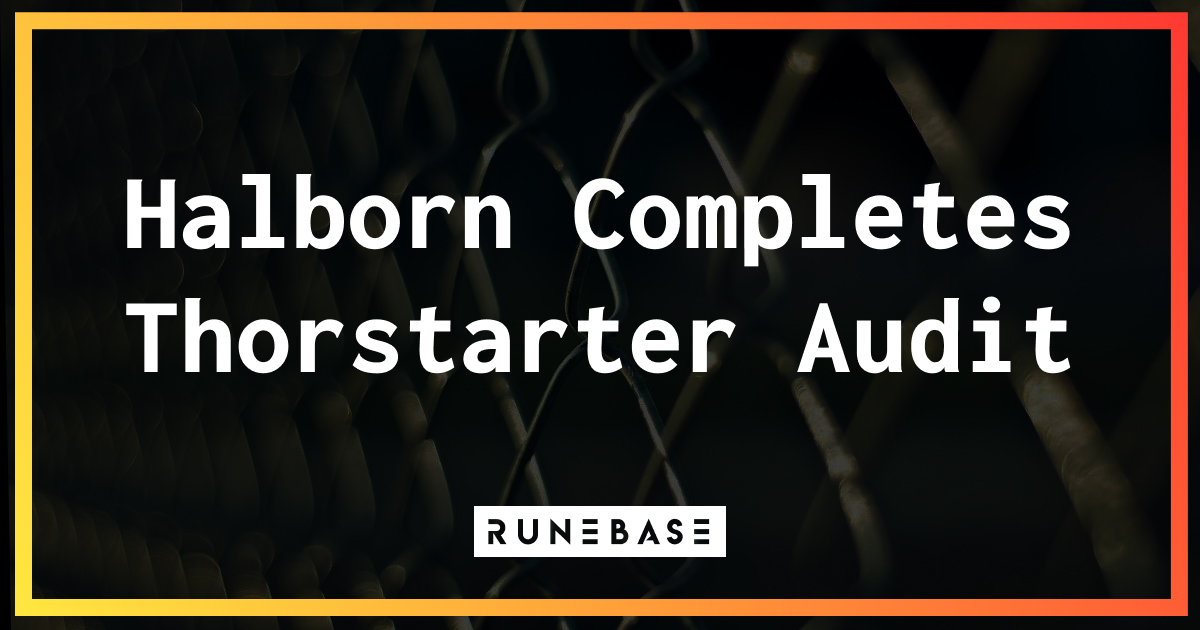 THORChain itself is currently undergoing a series of audits in order to harden the network, but they are not alone -- Thorstarter has also solicited the experts at Halborn to perform an audit of their new governence system.

Thorstarter's audit revealed a few vulnerabilities, which have now been patched prior to launch. While audits are not a silver-bullet, users should feel confident in Thorstarter's governence platform now that it has undergone an extensive code review and analysis.

The report can be found at Halborn's public report repository.