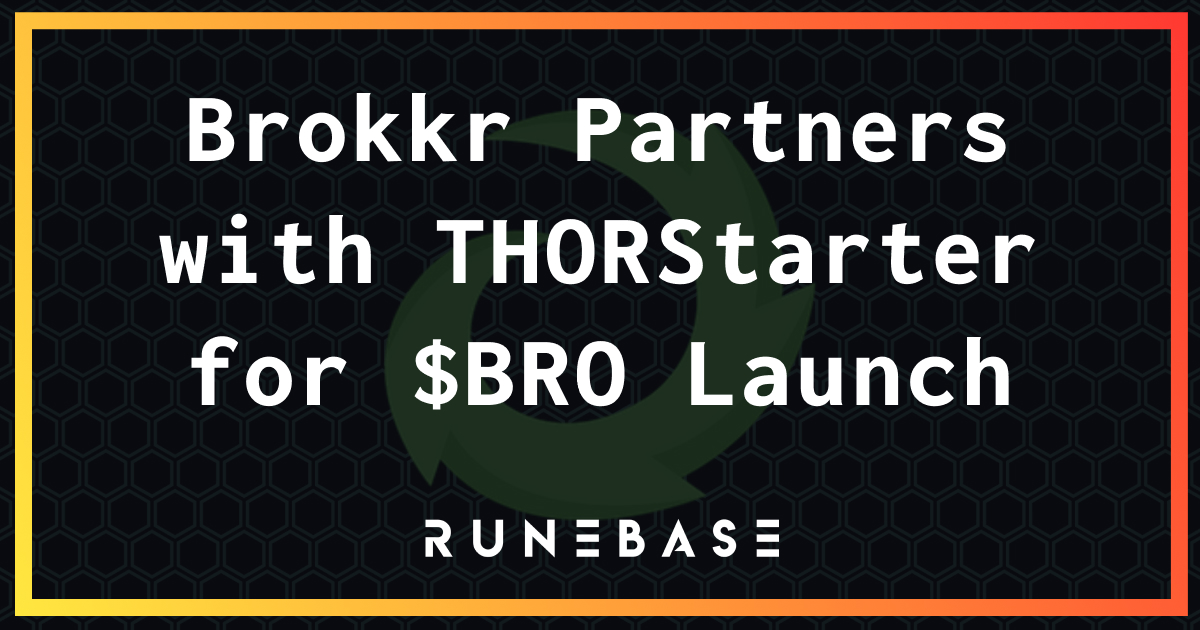 Brokkr Finance is building an interface to interact with the upcoming synthetics feature from THORChain.

The partnership with THORStarter will bring liquidity and logistical support to the launch of the $BRO token through THORStarter’s xIDO model, which uses XRUNE as a long-tail settlement asset to bridge THORChain’s deep liquidity with external exchanges.

Synthetics are minted by depositing liquidity into pools, but swapping between them takes place soley on the THORChain L1 network directly rather than crossing chains. This allows for fast and low-fee transactions better suited for active traders and arbitrageurs. The synthetic assets are then redeemable by burning the minted synth and receiving the actual underlying token in return.

Synthetic assets also allow for users to generate fixed-rate yield on single-sided staking positions. This is an important feature to bring additional liquidity to the network from users who do not want to be directly exposed to the value of RUNE.

Follow both Brokkr Finance and THORStarter on Twitter for the latest news on the launch of the $BRO token.